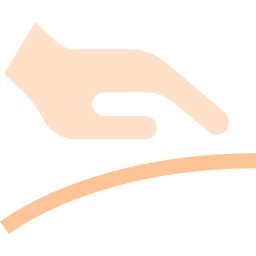 Have you had your skin checked recently for skin cancer and Melanoma? Did you know that Queensland residents have the highest risk of melanoma in the world, carrying a lifetime estimated risk of 1 in 16 for men and 1 in 24 for women? Each year in Australia, around 1,200 people die from skin cancer and melanomas. Yet skin cancer is an almost totally preventable form of cancer; 95 per cent of skin cancers are treatable if they are detected early. Regular checks of your skin should detect any suspicious moles or spots as soon as they develop.

Melanoma is a disease of the skin in which cancer cells are found in the cells that colour the skin. While this cancer is usually found in adults, it is occasionally found in younger people. If a mole or pigmented area doesn’t look normal, your doctor at Winston Glades Family Practice will cut it out (called local excision) and look at it under the microscope to see if it contains cancer. The screening is done in our clinic and is a relatively quick procedure. It is important that this biopsy is done correctly; as early detection means that your doctor can treat the infected area sooner.

You should see your doctor if you have any of the following warning signs of melanoma: change in the size, shape, or colour of a mole; oozing or bleeding from a mole; or a mole that feels itchy, hard, lumpy, swollen, or tender to the touch. Melanoma can also appear on the body as a new mole. Men most often get melanoma on the trunk (the area of the body between the shoulders and hips) or on the head or neck; women most often get melanoma on the arms and legs.

Screening the body for melanoma can potentially lead to earlier diagnosis, thinner tumours and less chance of death from the cancer. If you want to have your skin checked, the doctor’s at Winston Glades Family Practice are the best people to see as they will know your full history and can provide follow up care. If you have been treated for skin cancer it is a good idea to have your skin checked by your doctor on a regular basis.

Professional and friendly care at a state of art practice.

Need to book an appointment?

You can book an appointment by clicking below.